Happy April from Wohelo – but not quite Spring yet 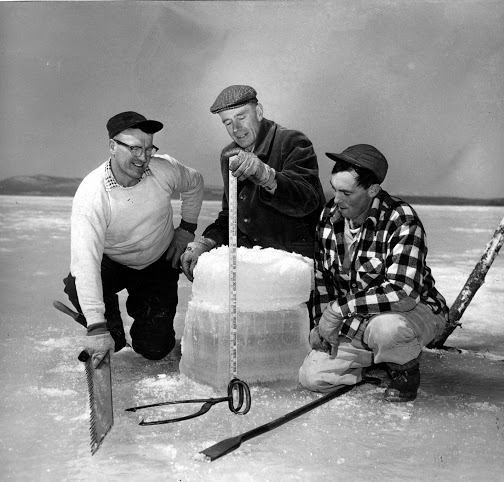 Above photo of Ozzie Jewett, Halsey Gulick  and Lawrence Lombard, cutting ice on Sebago on what looks like a solid winter in 1959.
Below photo taken today, April 3rd, lake is still frozen solid.  We are looking forward to spring! 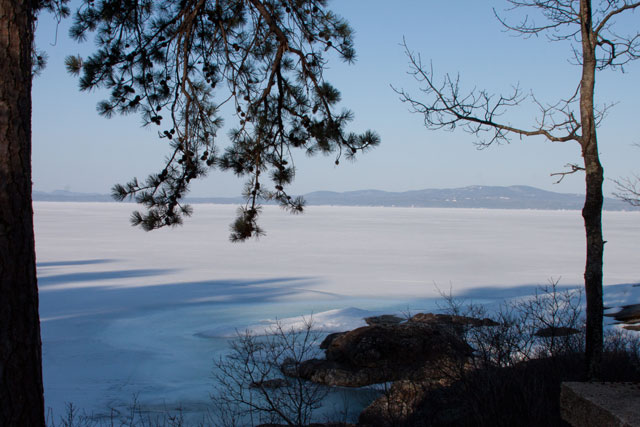 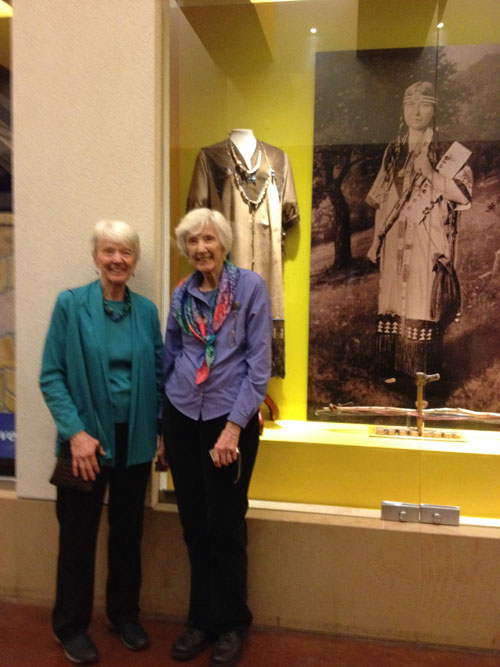 Charlie Hewson and Kate Fricker were invited to a wonderful opening ceremony in Fort Worth, Texas celebrating Camp Fire Girls.   Above they pose with their Grandmother (Hiiteni’s) dress which is on loan to the museum for the summer.   Read more about this in the upcoming Wohelo Bird. 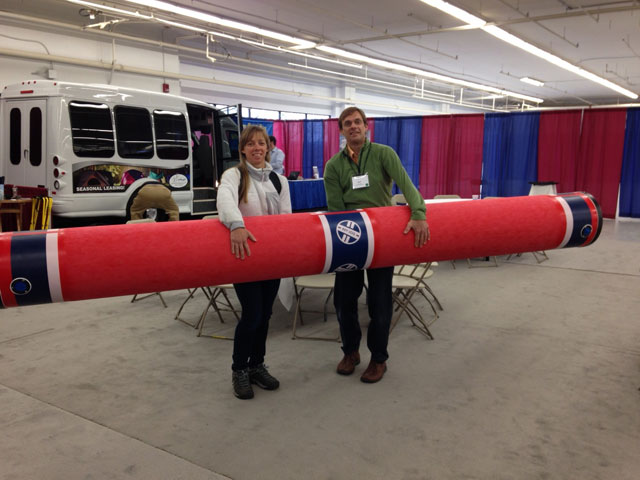 Mark and Heidi attended the New England Camping Conference.  Lots of good ideas to get us excited for opening day and a new toy that came home on the top of Mark’s car.

Below – Dave and Linda Suitor from our brother camp, Timanous, were also at the conference. 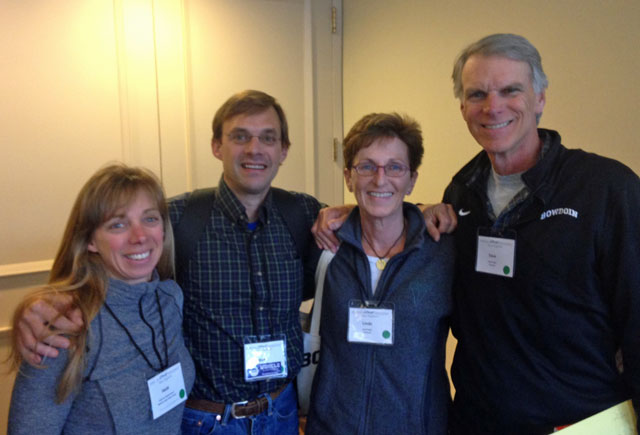 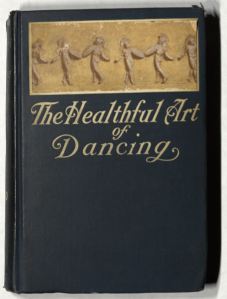 Back to Sebago Lake…..

The sailors missed out on a doozy this month.  46 mile per hour gusts (blowing across a frozen lake) 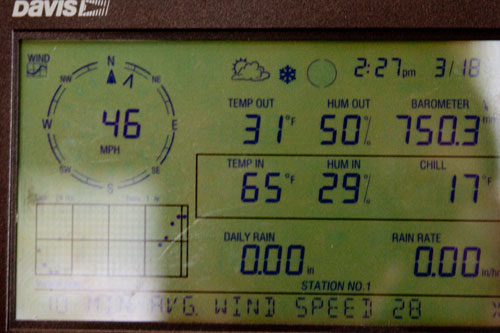 and for any lake level enthusiasts out there, this is an interesting article.  Water Level Article 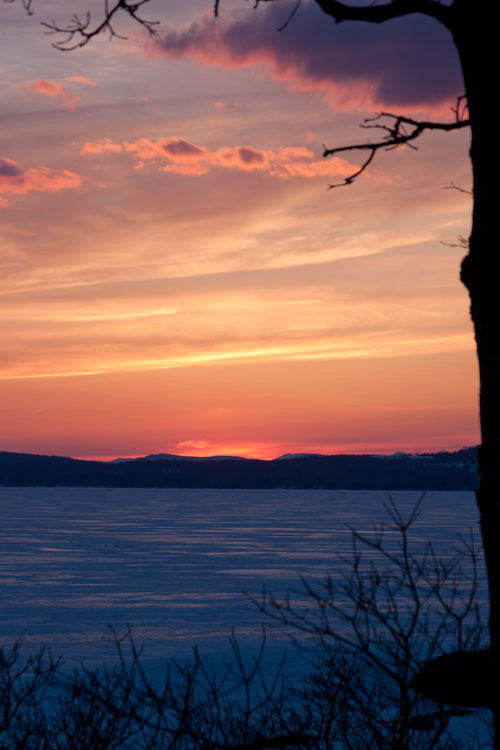 See you next month.  We hope everyone has a fun Easter.  Below is cover of Camp Fire Girls magazine from 1920.  This was the last month the magazine was called Wohelo,  it was called Everygirl’s Magazine after this issue. 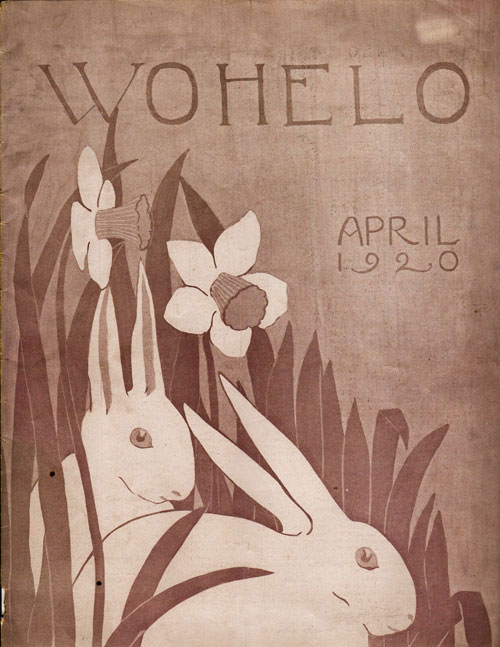