Wohelo Camps were founded in 1907 by Dr. Luther Halsey Gulick and his wife Charlotte Vetter Gulick. Both were innovators and leaders in physical education for young people. Both Dr. Gulick and Charlotte believed that girls should be afforded the same or similar physical opportunities as boys, and in 1907 they bought property on Sebago Lake in Maine where they founded Camp Wohelo. A year later they developed Camp Fire for Girls, now known as Camp Fire, and the word “Wohelo” is a special word for Camp Fire, too. It is drawn from the first letters of Work, Health and Love, values that are honored by both Camp Fire and Wohelo.

Today both camps are directed by the great-grandchildren of Luther Halsey and Charlotte Vetter Gulick. Mark Van Winkle and his wife Quincy are directors at Sebago Wohelo, while Mark’s sister, Heidi Van Winkle Gorton, directs Little Wohelo. Their parents, Davis Van Winkle and Louise Gulick Van Winkle, directed the camps for over thirty years and are still very much engaged in daily activities. 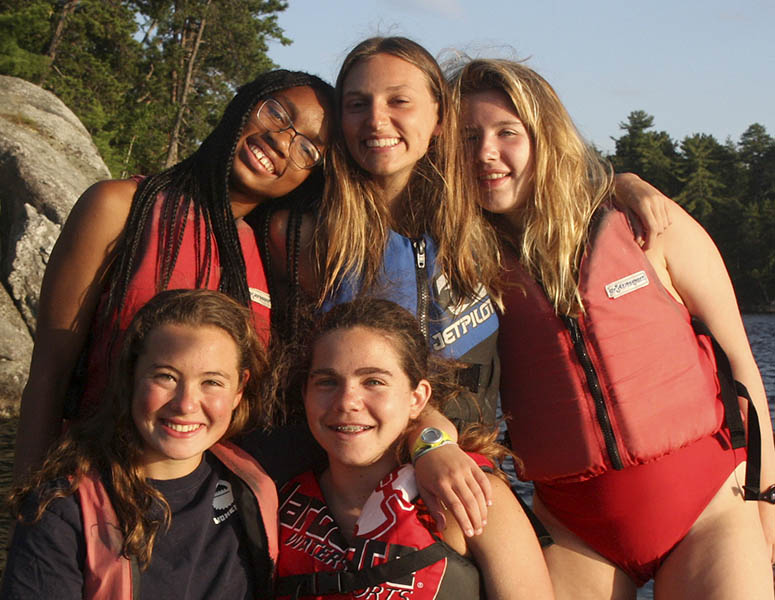 What is the Camping Philosophy
of Wohelo?

At Wohelo we strive to create a rustic environment close to nature and away from the conveniences and complications of the modern world. Personal growth is a central focus and campers get their education through fun experiences. Wohelo is proud of its camper counselor ratio of 3.5:1. At Wohelo we strive to develop each camper as a better person and friend.

Wohelo is under the year-round directorship of the Van Winkle family. Davis and Louise Gulick Van Winkle directed the camps for over thirty years and have now passed the reins to their two children, Heidi and Mark and Mark’s wife, Quincy. The entire family enjoys outdoor pursuits and sports. At Wohelo the relationships between campers and directors are almost on a family basis. There are more than 5,000 alumnae.

The name Wohelo stands for Work, Health, and Love. It is within this framework that Wohelo strives to develop life long skills and friendships amongst its campers and counselors. A large part of the Wohelo experience is founded in over 100 years of tradition. Many campers are third and fourth generation and have grown up with stories of Wohelo lore.

Located on beautiful Sebago Lake in Raymond, Maine, Camp Wohelo sits on a mile of shorefront divided into three coves with two beaches and three islands. Urban amenities are available in Portland, ME – 45 minutes away and Boston, MA. – 3 hours away.

Camp is nestled in dense forests surrounding the crystal clear water of Sebago Lake. This land has been lived on and maintained by our neighbors, the Abenaki people, for thousands of years. We honor their continued connection to the land and water that camp now resides on. Read our full statement of land acknowledgement here. 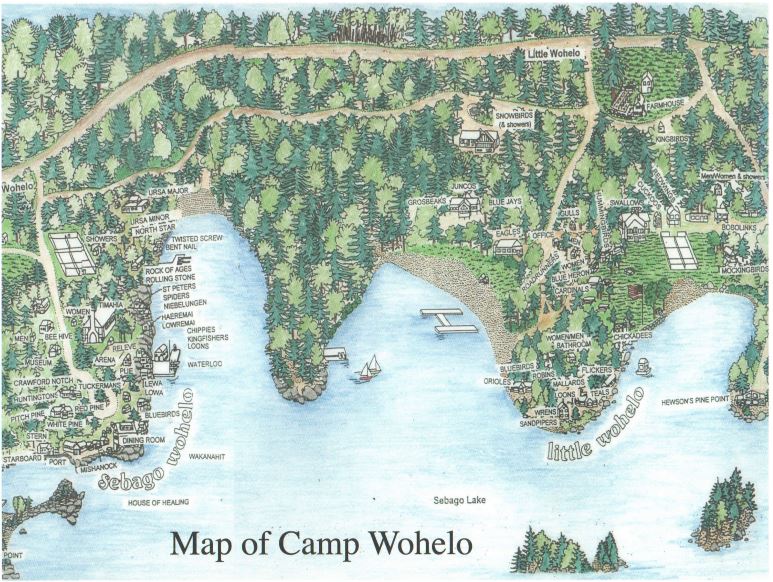